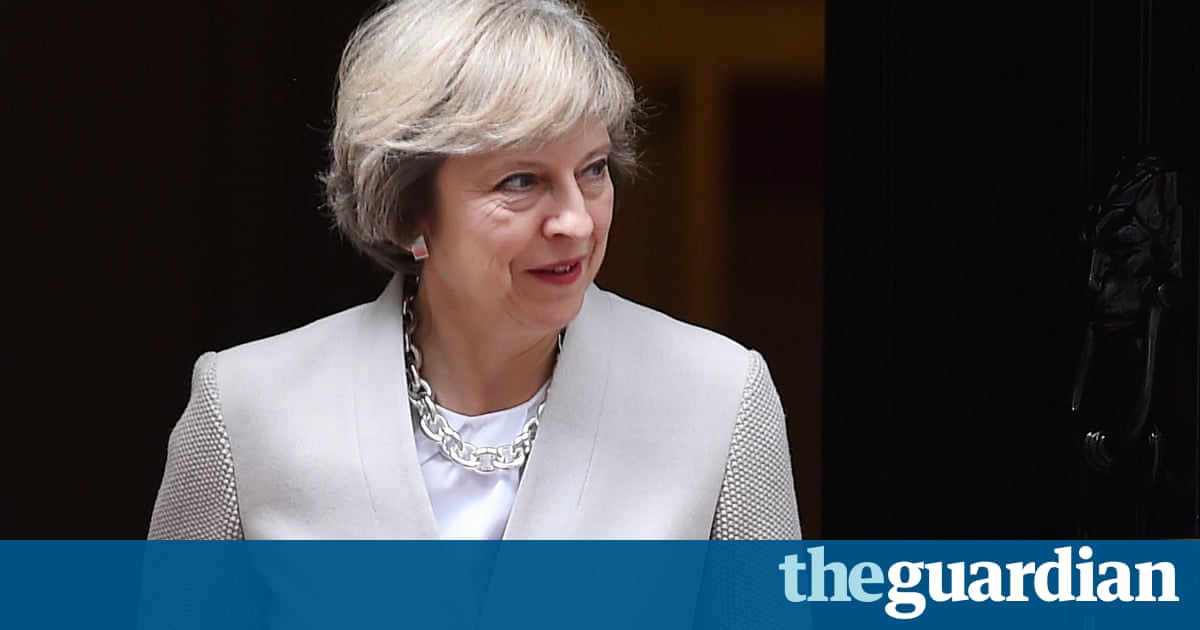 Theresa May arrived in Downing Street from the Home office in July with a honour for being risk averse. The party she leads as prime minister has a wafer-thin driving majority in the House of Commons of 17.

As the opposition parties point out until they are off-color in the face, she is an accidental “ministers ” with no general election authorization, who washed up at No 10 only as a result of the Brexit tsunami. Just over two months on, however, any suggestion that May would carefully brandish the ability unexpectedly thrust upon her, easing her method in before building her marking, has been dispelled.

Her ruthless cabinet purge of David Camerons inner circle in her first days in charge has been followed by a systematic re-examination of Cameroonian policies. Michael Goves prison reforms are on hold. George Osbornes deficit-cutting programs ought to have ditched, signalling more district asset and an terminate to austerity.

The former chancellors northern powerhouse ideas are being subsumed into a wider national regeneration programme. Bold a blueprint for tackling obesity have been irrigated down. Tory housing policy, so long concentrate on home ownership, is to be recast with increased emphasis on facilitating those in the rented sector. Most controversially of all, May wants to expand the number of grade school, something was rejected by Cameron and that was never on the radar of his reforming former education secretary Michael Gove, cast by May into outer darkness on day one of her premiership.

The new prime ministers approach has, in some respects, seemed to court hazard rather than avoid it. Tory MPs loyal to the old ordering, and those dismissed on the part of governments by May, feel bruised and talk carefully but intentionally, in system. Bold to say the least, said one sacked official last week, growing his eyebrows and adding that he was one of a lot of the individuals who she needs to vote with her on things.

On Monday in the Commons, the new education secretary, Justine Greening, passed items of the prime ministers grammar school change .~ ATAGEND We do not want to see a return to the old pure binary numeration system of good colleges and bad academies, she said. Every child deserves a situate in a great The Speaker had to intervene as the opposition terraces erupted, questioning where their respective mandates for more grade school was. Labours Angela Rayner said, to cheers from opponent terraces, that the brand-new Tory agenda was one of segregation, discrimination, segregation.

Then Tory doubters spoke out one after another. First to his paws was former Tory education secretary Kenneth Clarke, who questioned Greening to make sure that this change does not injury the opportunities for pupils in other schools and does not distract priority from causing the terms and conditions of all schools for all pupils which has been the objective of this government.

Nicky Morgan, sacked by May as education secretary, singer her perturbs, as did the normally restraint Tory chairman of educational opportunities select committee, Neil Carmichael. There is no desire in my constituency for us to have pick, said another dismissed rector, Anna Soubry, before former Northern Ireland secretary Theresa Villiers weighed in. Labours Lucy Powell and Nic Dakin counted the second largest between each Tory member saying how much they welcomed Greenings desire to widen opportunity and the moment “theyre saying” but.