We broker deals for an obscene number of weapons, and we frequently run roughshod over the rights of indigenous people. And dont even get us started on your favorite wonderboy Justin Trudeau 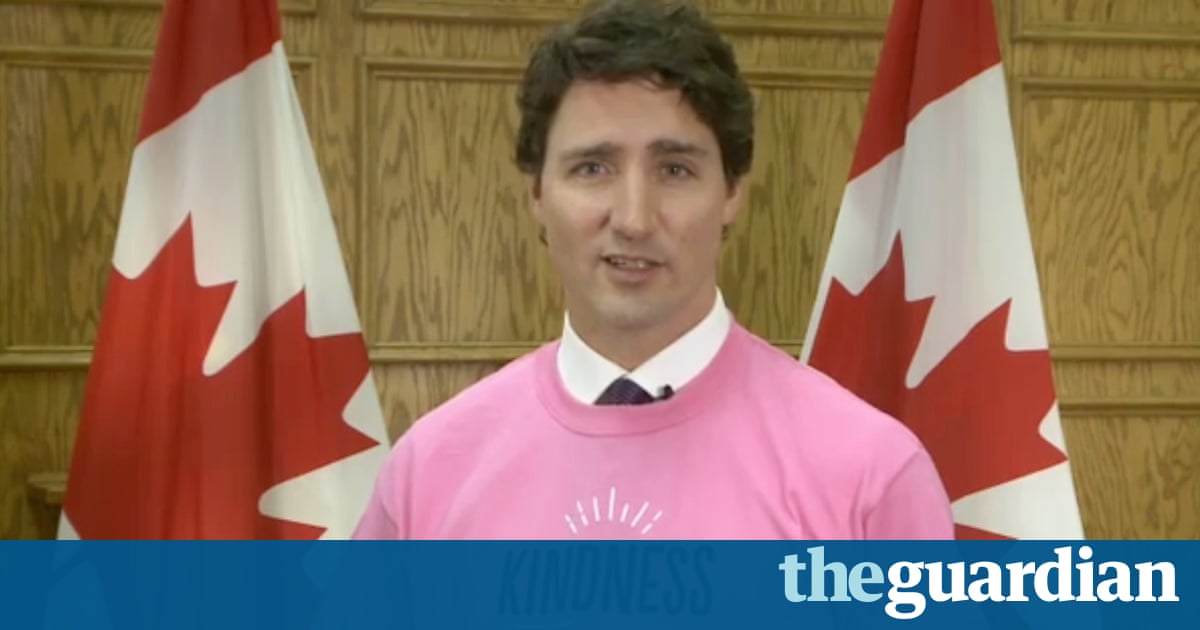 What comes to mind? A progressive wonderland of polite manners and majestic moose? What America might be if it evolved a little? That place youll move to if Trump wins?

If thats what you think, thats fine by us. In fact, its our brand: not America. The nice guys. Dull, kind and harmless. Thats how we like to be thought of.

We are not the country you think we are. We never have been.

The first prime minister and founding father of Canada, John A Macdonald, was a raging alcoholic. He spent entire campaigns fabulously drunk and once vomited on stage during a stump speech. When his rival pointed it out, Macdonald shot back that he hadnt puked because of booze, but because he had been forced to listen to the ranting of my honourable opponent. It was a deflection worthy of Trump. Macdonald handily won the election.

These days, Canada is the second-largest arms exporter to the Middle East. Our Alberta oil sands produce more carbon emissions each year than the entire state of California. Our intelligence agency is allowed to act on information obtained through torture. And a lot of French Canadians are into blackface comedy.

Little of this is widely known, because we happen to share a border with America. When your next-door neighbour is a billionaire celebrity genius with automatic weapons and an undying need for attention, you can get away with all sorts of stuff. Its nice to be thought of as the worlds nice guys. And its useful it obscures a lot of dirt.

Last year, Canadians almost came to terms with the lie in our branding. After a decade of the rightwing Harper government, with its pro-oil, anti-science and anti-Muslim ideas, it had become difficult to maintain our sense of smug superiority. Add to that the global coverage of crack-smoking Toronto mayor Rob Ford (since deceased), and the maple leaf flag patch sewn to our metaphorical backpack was coming loose at the seams.

In this disillusionment, there was opportunity. If we wanted to reclaim our reputation as a just and caring and helpful society, perhaps we could try behaving like one. During our 2015 election, everything from electoral and environmental reform to international peacekeeping was put back on the table, and we dared to open our eyes (just a peek) to the neglected, remote indigenous communities where suicide rates are shockingly high and access to untainted drinking water is shamefully low. There was a sense that Canada was ready to grow up and forge a national identity based on what we do, not on who we arent.

Instead, we elected Justin Trudeau, a social media savant who has positioned himself, and by extension Canada, as a sunny chaser to the worlds bitter news. Trudeau is the political equivalent of a YouTube puppy video. After your daily barrage of Trump and terror, you can settle your jangled nerves with his comforting memes.

Each week, Trudeau feeds the news cycle a new sharable moment, and our Facebook feeds are overwhelmed with shots of the adorable young statesman cuddling pandas and hugging refugees and getting accidentally photographed in the wild with his top off, twice.

For international audiences, the Justin moment has been a harmless diversion. For Canadians, its a dangerous distraction. Canadians care far more about what Americans think of us than we do about Canadian politics. Little wonder that things remain so grim.

Despite Trudeaus progressive branding, Canada is right where Stephen Harper left us. Its been a year since the election, and were still selling arms to Saudi Arabia, still cutting $36bn from healthcare and still basing our economy on fossil fuel extraction, and running roughshod over indigenous rights to do so.