US president saved imagination of pervasive street protests, despite his unpopularity, in a France weary of political campaigning 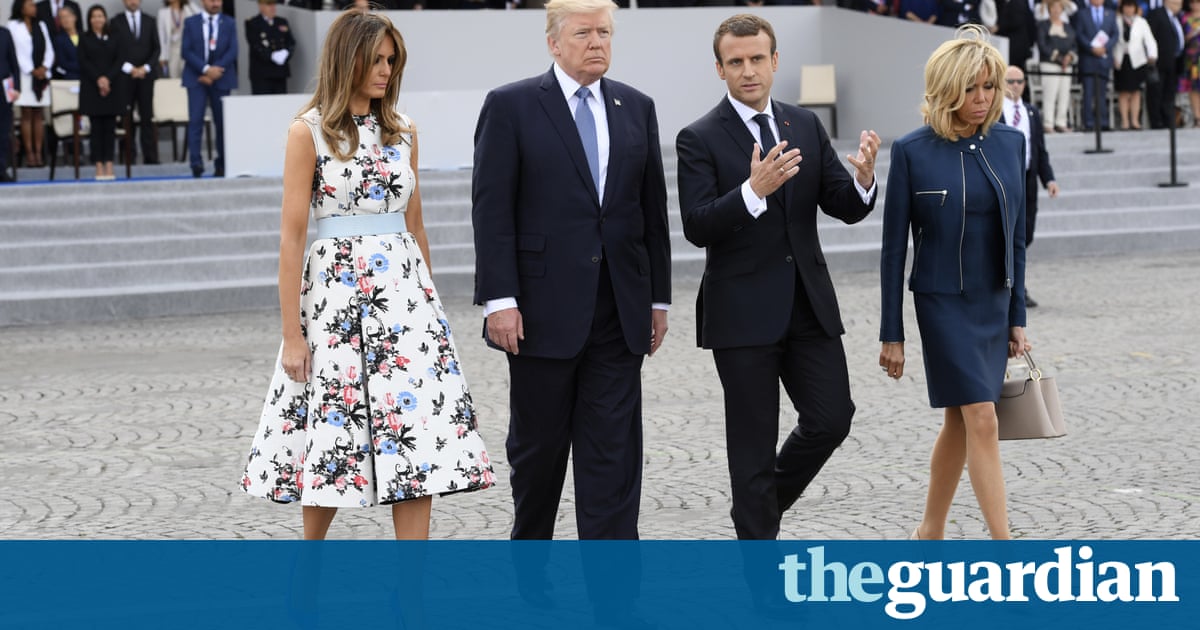 The US president, Donald Trump, left Paris smiling on Friday after a 24 -hour visit in which he was not troubled by the large demoes he had dreaded if “hes come to” London.

Although some crowds did muster behind riot police texts supporting flags with messages such as Save the planet, fight Trump, they were preserved far away from any of the locations Trump visited.

It was not that Trumps visit proceeded without question. The left-leaning daily Libration ranged the headline: Pariah in Paris.

The French environment minister, Nicolas Hulot, when asked if he would shake Trumps hand, balked and suggested it was enough of a concession to simply share a pulpit with him at the military forces parade.

But even the daily Libration could not make its knowledge up of determining whether Trump was accepted. It publicized two sift editorials, one saying it was a good idea was trying to wreaking Trump round to French projects; another regretting that the red carpet was reeled out in such a fawning way.